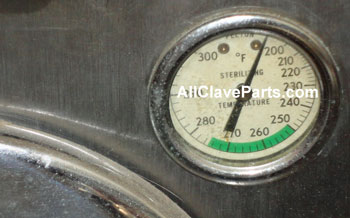 Before beginning, the first thing you will need to do is to remove the cabinet from the autoclave

Step 1: With The Cabinet Out of the Way, Start by Removing the Two Nuts from the Mounting Bracket on the Backside of the Temperature Gauge, turning the nuts counterclockwise with a 3/8" wrench. Shown in the Picture Below 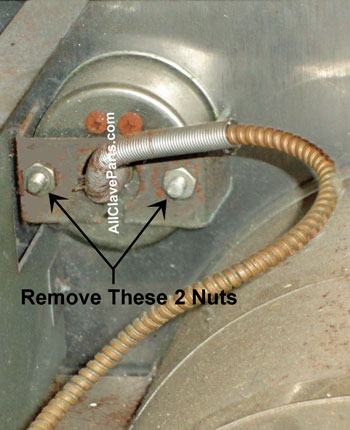 Step 2: Remove The Bracket By Pulling It Away From The Cabinet and Sliding It Off The Cable Through The Slot As Shown In The Picture Below 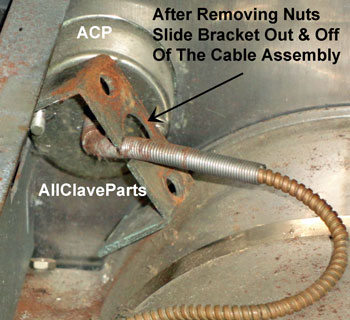 Step 3: Now Follow The Cable Back To The Housing Where the Temperature Probe is Located as Shown in the Picture Below And Remove The Nut By Turning It Counterclockwise with a 3/4" Wrench

Step 4: Once The Nut has been removed, Simply Pull the Probe out of the Housing 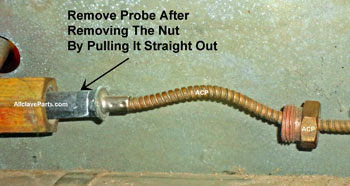 Step 5: Once the Probe Has Been Removed, Grab the Temperature Gauge and Pull The Entire Assembly Out Through The Front of The Autoclave 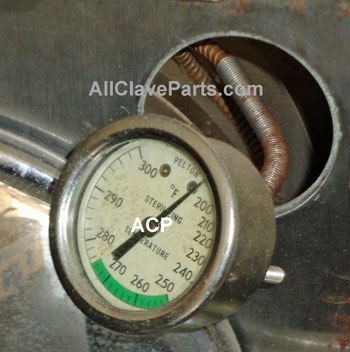 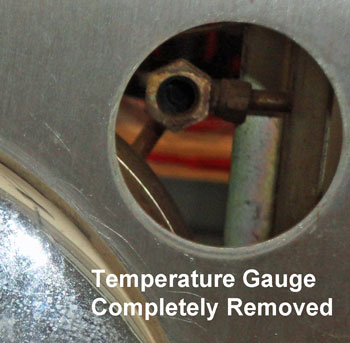 Note: Sometimes the probe can be difficult to remove. If needed, try to spray something like WD40 into the housing that the probe sets in, and wait a few hours for it to penetrate. Be sure to clean out all of the WD 40 With Alcohol And Cotton Swabs Once The Probe Has Been Removed

In extreme cases, you may have to carefully drill the probe out

To Install the New Temperature Gauge Assembly, Starting With Step 5, Just Repeat The Steps Above in Reverse Order

AllClaveParts.com - Autovlave Repair Made Simple is not eBay sellers who do not have a clue about what we are selling, or how the parts work. We are Professionals.....And, our knowledge of Autoclave Repair does not come from a book...it comes from years of hands on experience. We have repaired just about every autoclave on the market, and continue to repair them everyday. Our guidance is based on that experience. Our Troubleshooting Guides & Technical Support is the best you can get anywhere, and it's all free!

Get to know us
Let us help you
© 2021 AllClavePartsPrivacyTerm